I'm a Scientist: Supported by Wellcome and UKRI
Skip to content

About the Europium Zone 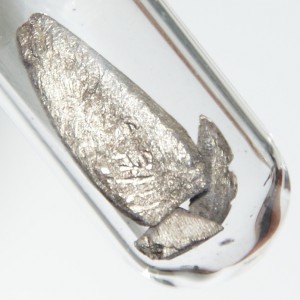 Europium (pronounced euro-pi-um), is a hard silvery metal, and the 63rd element of the periodic table.

Compared to other similar elements, europium doesn’t have too many uses. Like most rare earth metals, it has fluorescent properties, and so used to be used to make the red colour on cathode ray tube television screens.

The Europium Zone is a General Science Zone, where we will meet five scientists from five different areas of science.

In this zone there is one scientist who is trying to understand how a friendly bug produces electricity, so that we can use it to turn our waste-water into green electricity, while there is another who studies new materials which could make our next smartphones even faster.

One scientist is looking at the smallest particles, quarks; what are they like, and how do they move? Another scientist is researching motor neurone disease, and why it damages organs as well as nerves; and one scientist looking at cancer cells using a giant microscope to see how they can grow really fast — how can we stop them in their tracks?

ASK the scientists any questions you have about science.

CHAT with the scientists in a 30 minute long text chat booked by your teacher.

VOTE for your favourite scientist to win a £500 prize to spend on communicating more science.